HOW THE COMMUNITY CAME TOGETHER 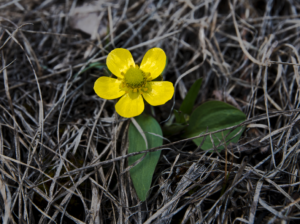 The care currently being provided by Bulkley Valley Hospice Society evolved as a response to a need identified in the community in the late 1980s. One health care provider had informally arranged assistance for a friend who wished to die at home. Having then been approached to see if this care was available to others, she arranged a meeting with two like-minded friends to discuss how such assistance could potentially be provided. A planning group was formed that met regularly over the next year contributing their time and skills to the evolving process of caring for the people who are dying and their families.

The benefit of having a more formally structured organization had become apparent. Administration, planning, decision-making, training, and fundraising would all be facilitated by the infrastructure of a society. It was on November 23, 1990 that the society was incorporated and now, 29 years later, the first Board Chair and first Secretary remain in their same positions.

A physician in Smithers, after attending a Palliative Care Conference in Montreal, developed an interest in Palliative Care Medicine. She took the Assistant Hospice Physician Training Program (1989) offered through Victoria Hospice and became an important resource for people who were dying, their families, physicians and other health care professionals. She helped physicians both locally and in the surrounding communities enhance their Palliative Care abilities and knowledge by providing consultative care and teaching sessions. Home Care Nurses began assisting people who were dying at home by physician referral. Gradually Palliative Care came to be provided by an interdisciplinary team, which could include the Family Physician, the Palliative Care Physician, Home Care Nursing, hospice volunteers, and a Chaplain service. Later this care was also provided in both the Bulkley Valley District Hospital and the Bulkley Lodge.

People in the Bulkley Valley have consistently expressed their appreciation for the care provided by BV Hospice and have generously financially supported its work. The BV Hospice Society is grateful for this ongoing support.